Malaga: a crossroad of past, present and future. 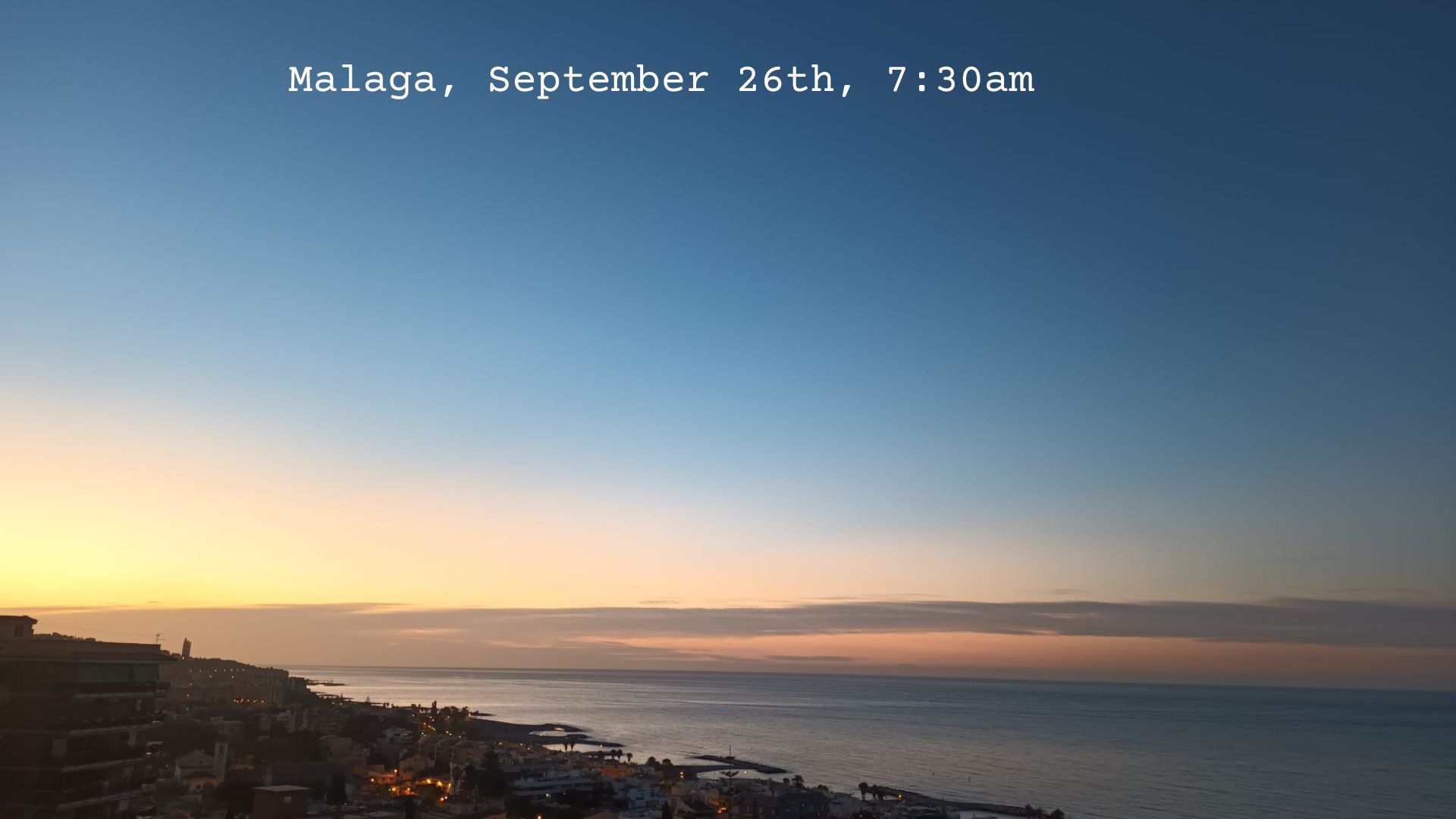 Malaga was never part of the plan and yet I have been here 3 times in the last 4 months. This is how life works. When you live with an open heart and an open mind, you create space for serendipity.

Malaga was never part of the plan and yet I have been here 3 times in the last 4 months. This is how life works. When you live with an open heart and an open mind, you create space for serendipity.

I am learning that you can plan all you want, sometimes life gives you something else, something unexpected and many times something better. Could this be the magic formula to live your best life? I wonder.

This city has been a crossroad where past, present and future met. It has been the birthplace of 4 stories with different people. Through my conversations with them, I found courage, love and inspiration that has changed my world.

So grab yourself some coffee or tea or wine, because we are going to time travel. And I promise you, after reading this you will feel inspired to trust life more. Because only through trusting more will life give you what you dream of.

In order for you to fully capture the magic of this story, we need to go back in time. The beginning of this story started 7 years ago, in 2015 to be exact. On June 15th I left Belgium with ‘destination unknown’. I boarded a train to Paris where I would take my flight to Cuba.

My life leading up to this event was defined by chaos and confusion. I was struggling, my family was struggling and my work context was coloured by political and toxic power games. I found myself in the middle of it all until one day, in October 2014, I mentally collapsed. In the midst of it all I had lost myself.

The months leading up to me boarding that flight in Paris and leaving everything behind, I had been on sick leave. I felt burned-out, lost and anxious. I had no idea who I was, what I wanted and I was desperate for change. Therapy was not working for me. My environment was no longer working for me. I needed a break, I needed change and so I left.

Until this day, taking that first flight has been the bravest thing I have ever done. All I had was trust in myself, my decision and life. That and the unshakable belief that everything would work-out. I held on to that belief because I felt there was nothing else I could hold on to. Nothing else made sense anymore.

It took a lot of courage, a lot of tears and a lot of trust. And I felt so very alone because not many people supported my decision. If anything, they tried to stop me. But I left regardless, fighting through the guilt and the self-imposed shame. I invested all my savings, that is how desperate I was in order to make a better life. I went all in.

During my first days in Havana, I stayed with a Cuban family, in a ‘casa particular’. I lived in a blue house located in the shadow of the famous university steps. Those steps played a key role during the revolution that made Cuba famous. And it was a place where I learned about the different faces of “freedom”.

That very first morning in Havana, feeling jet-lagged, not speaking Spanish, reality hit me. I was by myself, in a foreign country, with no distractions because there was no internet. There was no way back and that realization hit me hard … but only for a brief moment. Because I was about to meet my very first friend.

That very first day in far-away land, just an hour after I woke-up I met Jorge. He took me under his wings and has been like a big brother to me ever since. A doctor during the day, a poet at night and my biggest fan and accountability partner in my current ongoing journey of creative awakening.

That morning, Jorge took me for my very first Mojito in the gardens of Hotel Nacional. It was 11am and there I was, looking at the ocean, overlooking the Malecon in the company of a stranger. The worries I had when waking-up vanished and were replaced with feelings of deep gratitude.

It’s been 7 years since we last saw each other. I remember his final day in Havana. We spent the afternoon sipping Daiquiris in Bar Neruda, followed by a night at the ballet and ending-up singing at the Malecon.

Obviously when Jorge and I met again this year, it was magical. We shared many stories and we shared plans. And this is where serendipity happened. While sipping wine in the marble city and after reading ‘poema 20’ from the book of Neruda I bought him, he told me he had an announcement to make.

He was leaving Puerto Rico and decided to move his family to Madrid. So I started laughing. This is what I love about life! He had no clue I also had an announcement to make. And that our plans to make Spain our new home were running in parallel. What an amazing “coincidence”.

Malaga is also the place where the story “In her footsteps” was born. Through my conversations with Jorge, sharing my journey and my beliefs, he inspired me to write her love story. He convinced me to follow her footsteps.

I had to travel to Madrid and follow her footsteps. But I didn’t want to go alone. So I asked Jorge to come with me. He and his family landed just two days before my arrival.

During diner I told everyone about my new mission. I wanted to visit the house she once lived in. I wanted to walk through the same door she walked through since 1956 until the day she passed away.

The story was born in Malaga, but raised with roots all over the world. It is an ongoing process, a project that is built on serendipity. The more I read about her life, which is very public, the more I learn she has been to the same place as I have. Little by little I am starting to understand her story and mine are intertwined.

My biggest take-away from this reunion in Malaga is the validation that dreams do come true! The life I am living is the one I journaled about while backpacking in South America in 2015.

All it takes is a decision. Taking that first step while going through all the emotions. And an unshakable belief in yourself, life and your desires. But most importantly, I have learned to always lead with love!

Because when you lead from the heart, all that you want will come to you.

Sending you so much love. 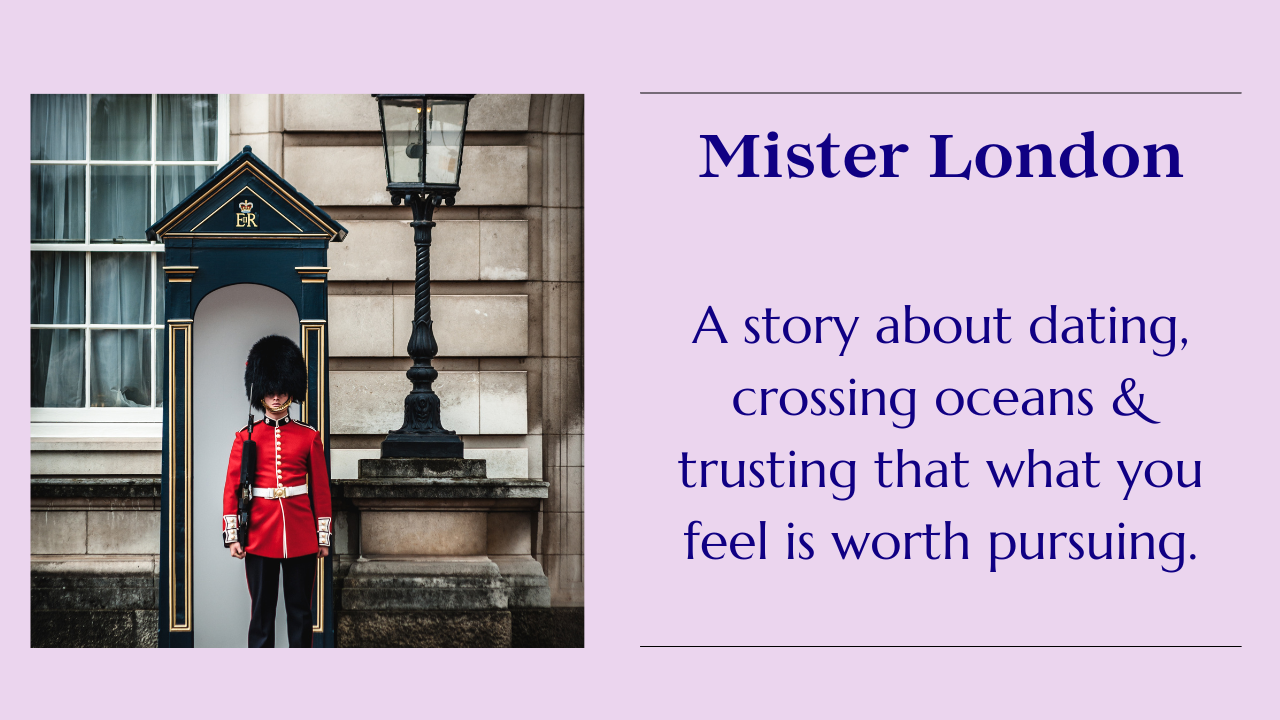